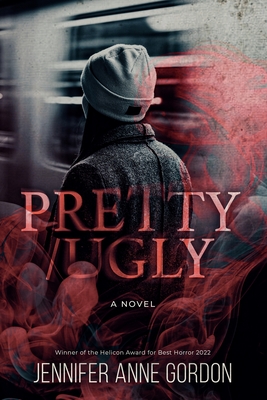 "Pretty/Ugly, the story of two damaged people living in a dystopian nightmare, is an exquisitely written horror novel. But, is it really fiction? In these times, it seems chillingly possible for an Instagram star and a politician wrapped in a fa ade of is own to be facing a relentless pandemic that may well lead to the end of the world. Reminiscent of "The Happening" by M. Night Shyamalan, Pretty/Ugly is a deliciously frightening, absorbing tale that seems all too real." - Wendy Webb (The Haunting of Brynn Wilder)

"More than a simply a fine horror fantasy, this is a highly polished psychodrama exploring early trauma, identity, life's exigencies, and fates - all woven together in a stunningly creative tapestry of a unique novel. Jennifer Anne Gordon is on the ascent as a literary figure of stature " Grady Harp, Top Shelf Magazine.

Pretty/Ugly is a lyrical, hallucinogenic train ride through the end of the world. It's the story of two people falling in and out of loneliness as the end draws near. Each moment is more beautiful and terrifying than the last. Pretty/Ugly is the combination of Contagion and Lost in Translation I didn't know I needed. It's Lost in Contagion" - Allison Martine (Author of the Bourbon Books)

Omelia fills the empty place in her heart with Instagram clicks, likes, and subscribes, hiding the scars of grief under a mask of makeup, cloaked in an online personality. She yearns to be someone new: a girl in a magazine, a character in a book, a beauty queen. Anything not to feel, to be numb, but the sharp pain accompanying the red spot on her face cannot be ignored. Nor can the black, spindly tarantula-like vines that creep up the side of her face and the fever she spikes, forcing her to confront the fact that the person she has become may not be who she is at all.

Dubbed 'the New JFK, ' Sam is the heir apparent to a powerful but emotionally distant political family, living the life he neither dreamed nor wanted. He sleepwalks through his days filled with self-loathing, rage, boredom, and an ache under his heart that reminds him that he is not complete. He is roused from slumber when a political scandal erupts that coincides with the end of the world. Too many Adderall and Old-Fashioneds leave Sam wondering, is he crazy or haunted?

When lives are emotionally ended in childhood, it takes an apocalypse to see the ephemeral beauty of living again.