You Be the Judge (Hardcover) 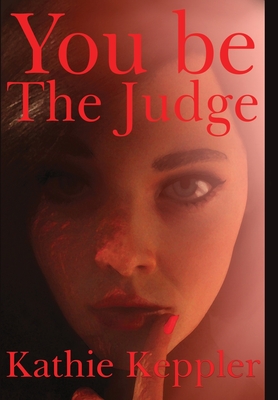 You Be the Judge is the story of a famous mystery writer, Maura Howard-Craig, whose first husband, a rich publishing mogul, has suspiciously died in a yachting accident. She has already been tried for murder for this but got off. The book opens with her being tried for another murder: her second, adoring, much younger husband.

Two of the selected jurors are the witty young indomitable women, Burke and Jackie, who became instant friends during the trial's voir dire. The defendant's lawyer, Eugene, is handsome and upright and Burke immediately falls in love with him. Sadly, he happens to be in love with his client, Ms. Howard-Craig, the defendant. The trial goes on, did she or didn't she, and we learn the truth of the murder and who the murderer was (or at least we think we do). It seems whoever did it looked exactly like Ms. Howard-Craig and was driving her car. It is Jackie and Burke who solve the case and Burke tries to use the information to entice Eugene to fall for her. But the path of true love and murder, as we know, are never clear.