The Fire in the Glass (Paperback) 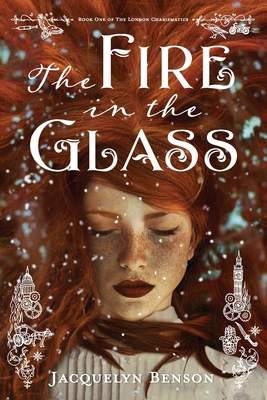 By Jacquelyn Benson
$17.99
In Our Warehouse - Expected arrival in 2-5 days

London, 1914. Someone is draining the blood of the city's mediums. Lily Albright knows who's next.

The unacknowledged bastard daughter of the Earl of Torrington, Lily is haunted by visions of the future that she can never change. When she foresees the death of her closest friend, there's something familiar about the details. They're just like the circumstances of a series of recent murders.

If she can find the killer before he strikes, maybe this time she can finally thwart fate and save someone she loves.

As Lily's investigation takes her to a bedchamber where one of society's most desirable widows lies dead, she realizes she can't do this alone. She needs help from the reclusive Lord Strangford, a man haunted by his own unusual powers. To pursue the path of a monster, Lily must ask Strangford to face unimaginable horrors - and is compelled to reveal her darkest secrets to a man she has little reason to trust.

Somewhere in the city lies a murderer hell-bent on an unspeakable harvest, one that could reshape the future of the human race. To stop him, Lily must face a past rife with betrayal--and embrace the power she has spent her entire life trying to escape.