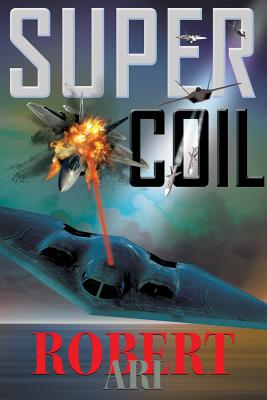 By Robert Ari
Email or call for price.
Not Available at This Time

When a Top Secret newly designed stealth bomber disappears off the Florida coast following an aerial refueling accident and is presumed destroyed, Lieutenant Ian Ryson is appointed by the president to investigate possible foul play. Ryson, an ex-military aviator with expertise in stealth technology, sets out to inspect the secretive airbase where the aircraft was furtively developed. He is, however, soon immersed in a web of deception, treachery and murder instigated by Colonel Gorik, the ruthless base commander intent on thwarting the uncovering of his sinister past connected to the bomber's fate.

Before long, Ryson learns that the radar-invisible craft, code-named SuperCOIL, carries the ultimate weapon: an airborne, chemically fueled "COIL" laser powerful enough to shoot down scores of missiles in mid-flight, thus revolutionizing air combat. As events unfold, Ryson discovers the SuperCOIL might not have been destroyed as believed but might have been commandeered by its maniacal test pilot turned mercenary. A race is now on against time to uncover, at all costs, the true motives behind the theft, locate and confront a matchless aviator commanding the most formidable air-combat craft ever devised, and prevent the priceless secrets of the United States' greatest super-weapon from falling into the wrong hands.