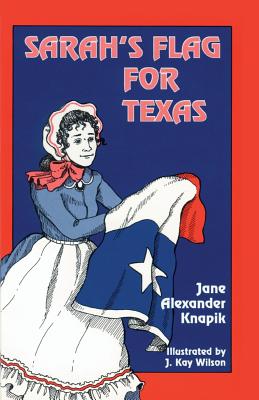 Many Texans give Sarah Bradley Dodson credit for having made the first Lone Star flag. Of all the early Texas flags, her creation most closely resembles the official Lone Star flag that has flown proudly in Texas since 1839. Sarah made a Lone Star flag for her husband Archie Dodson and other Harrisburg men when their troop rode with the Texas army in October 1835. The flag was carried in the war to win independence for Texas, but no one knows exactly where it was used or what finally happened to it.

Sarah and her family came from Kentucky to Texas, perhaps as early as 1822. They saw Texas change from a Spanish province to a Mexican state, to a nation known as the Republic of Texas, and finally to a state in the United States of America.

Most of the people named in this book actually lived in early Texas and experienced the historical events related here. Details have been added to make interesting reading and to show the way many Texans lived during the 1830s.