What Child is This? (Hardcover) 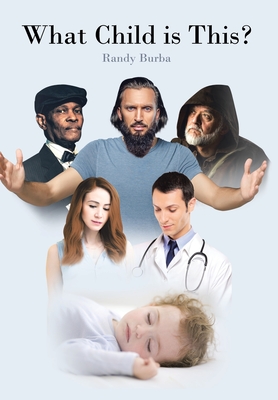 What is the most famous event in the history of the world? For millions of people, the answer is the birth, life and death of Jesus Christ. The coming of God's human son. Even non-believers have heard the story countless times, and somewhere in the darkest corners of their mind, they too, wonder, what if? What if it happened again? Today? What if God sent another son to the world once again to be raised by good and honorable people, living average lives? Would anyone believe it? And even if they did, how would they react? Would they rejoice, or cower in fear? Would they come to worship the modern-day savior, or would they come, as some did before, to destroy him?

Against the backdrop of modern American culture, this is the story of Isaac, the unexpected son of Melanie Russel, a schoolteacher, and her husband Jack, a gifted physician. Good people, living average lives until the fate of the world is suddenly bestowed upon them in the form of a very special son. But just as it did more than 2000 years ago, this story involves much more than the Holy Child and the incredible task assigned to him by the creator. It also deals with the tremendous burden placed on Isaac's parents, their friends and loved ones, and even the unknown protectors who for different reasons step forward to care for the earthly Son of God. Of course, this is also the story of Isaac, the brave, isolated child who is sent into the lion's den to live, love, learn, and mature, and who is eventually asked to return to his true Father and report on the waning condition of the human spirit. But more than anything, this is the story of simple people, committed and willing to sacrifice everything, in order to love and nurture a not-so-simple child.