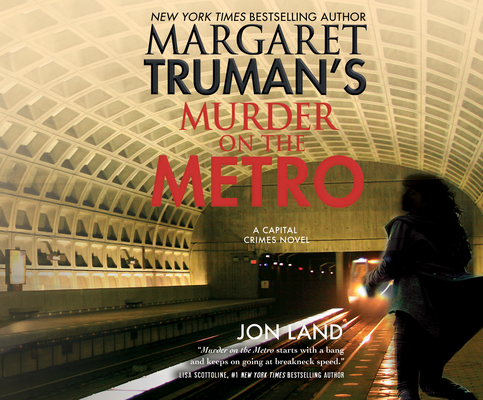 By Jon Land, Margaret Truman, Christine Kiphart (Read by)
Email or call for price.
Not Available at This Time

A drone-based terrorist attack in Israel kills dozens on a sun-splashed beach in Caesarea as America awakens to the shattering news that Vice President Stephanie Davenport has died of an apparent heart attack. That same morning, a chance encounter on the Washington Metro results in international private investigator Robert Brixton thwarting an attempted terrorist bombing. Brixton has no reason to suspect that the three incidents have anything in common--until he's contacted by Kendra Rendine, the Secret Service agent who headed up the vice president's security detail. Rendine is convinced the vice president was murdered and needs Brixton's investigative expertise to find out why.Meanwhile, legendary anti-terrorist fighter Lia Ganz launches her own crusade in Israel against the perpetrators of the attack that nearly claimed her life and the life of her granddaughter. Ganz's trail ultimately takes her to Washington, where she joins forces with Brixton to uncover an impossible link between the deadly attack on Caesarea and the attempted Metro bombing--as well as the death of the vice president.The connection between all three lies in the highest corridors of power in Washington, where a deadly plot with unimaginable consequences has been hatched. With the clock ticking toward doomsday, Brixton and Ganz race against time to save millions of American lives that will otherwise become collateral damage to a conspiracy destined to change the United States forever.