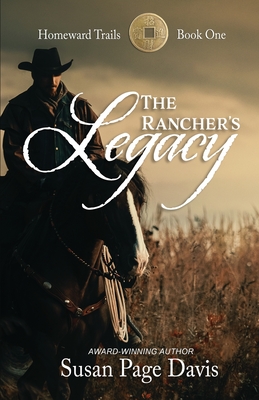 Matt Anderson's father and their neighbor devise a plan: Have their children marry and merge the two ranches. The only problem is, Rachel Maxwell has stated emphatically that will never happen.

When Rachel finishes her education in the East and arrives in Colorado, Matt is tasked with retrieving her from the stagecoach. As they crest the hill overlooking the sprawling acreage, Rachel gets her first glimpse of her new home. Only it's in flames and besieged by outlaws.

She soon learns her father was killed in the raid, shattering her life. Will she allow Matt to help her pick up the pieces?

Meanwhile in Maine, a sea captain's widow, Edith Rose, hires a private investigator to locate three of her now-adult grandchildren who were abandoned by their father nearly 20 years ago. After weeks of investigation, Ryland Atkins believes he's located the eldest-in Colorado Territory.