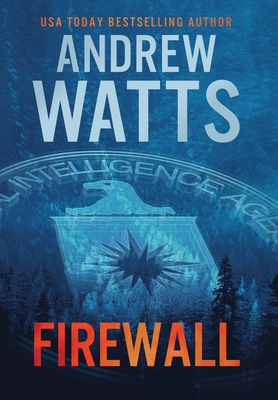 By Andrew Watts
Email or call for price.
Backordered

When a scientist at the world's top AI company is murdered, a covert CIA operative must recruit a former love interest to help uncover the killer.

Nations and corporations alike are racing to dominate the world's artificial intelligence industry...by whatever means necessary.

With its genius CEO and breakthrough technology, the Silicon Valley-based Pax AI Corporation is one of the hottest companies in the sector. But when one of their top scientists is murdered at a prestigious tech conference, company executives and foreign spies are all on the suspect list.

In the aftermath of the killing, CIA officer Colt McShane has been assigned to a joint counterintelligence unit based in San Francisco. The unit's leadership believes that an international espionage ring has been stealing classified technology from Pax AI.

Now they want Colt to use his past relationship with Pax AI executive Ava Klein to penetrate the company's inner circle, and uncover the mole.

But as Colt learns more about Pax AI's classified programs, he discovers just how powerful-and dangerous-their new technology can be. As the struggle for AI dominance grows ever more competitive, the factions vying for power are becoming desperate to achieve victory.

In the fight for absolute power, there can be only one winner. Each side has their own spies and secrets.

Whose side will win? And what secrets will they reveal?

With FIREWALL, USA Today bestselling author Andrew Watts brings you a fast-paced, cerebral mystery that's part spy novel, part technothriller, and sure to keep you guessing every step of the way.