The Kingpins of Riverbend (Paperback) 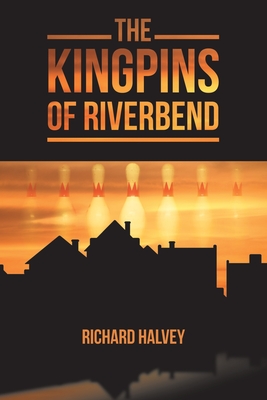 The Kingpins of Riverbend is set in a fictional town along the Mohawk River in upstate New York in 1968. It is about a group of seven pin boys at a local bowling alley who, in one way or another, are confronting their futures against the backdrop of a town desperately trying to recapture the prosperity of the past. The pin boys include the thoughtful Gianni, called G, the book's narrator; his irrepressible best friend, Vinnie; Charlie Horse, a girl who just moved to town after losing her mother; Borneo, a Vietnam veteran broken by the war and coming home to an ungrateful country; Danny, a mentally challenged adult with the mind of a child; Albert, an alcoholic haunted by his failure as a soldier; and Crackers, the overweight kid who has always been picked on. The corrupt town boss, Public Works Director Tony Gallo, wants to tear out the old downtown and put an indoor mall in its place, partially because he wants to see the city revitalized, but mostly because he is interested in lining his own pockets. Unfortunately, he is having trouble getting investors excited about the project. He comes up with the idea of having a bowling match with Riverbend's best bowler, Marcus Aurelius Pandolfo, known by everyone as Mingo, and the world's best professional bowler, P. G. Peckham, as a way to reinvigorate enthusiasm for Riverbend and his plan. The book winds between the lives of the pin boys and the machinations of Tony Gallo, with both stories coming together in the match of the century and the outcome a surprise for everyone.