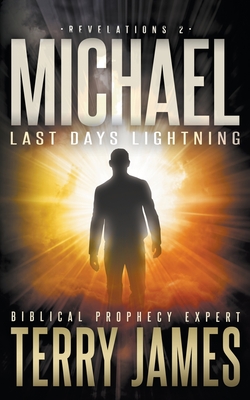 From the first novel, REVELATIONS - Tyce Greyson is a journalist with a background of having strange visions due to a serpent's bite suffered while on Patmos, the Aegean island where the Prophet John received the Revelation.

Now, Tyce has had a car accident during a powerful rainstorm. Upon getting extricated from his wrecked car he is shown a strange, golden sarcophagus in the back of the tractor-trailer that caused the accident.

He later learns that the golden, burial chamber is part of the project in which he is asked by the Israeli government to participate. He is assigned to investigate and write on the archeological find. But in reality, he is surreptitiously to learn what diabolical, globalists plan for the creature found within the sarcophagus...

From 2003 when the mummy is discovered in a dried-up, Euphrates riverbed in the area of ancient Babylon, through the time when the globalists threaten to establish an evil world empire in 2020.

"Terry James is not only a good author; he is one of the few who knows why this world is on the verge of self-destruction and what must be done about it. The reason is he has a deep understanding of the End Times prophecies of the Bible, both Old and New Testaments. For they alone reveal the wonderful plan God has for the future of mankind today and for our eternal future." - Dr. Tim LaHaye, co-author of the Left Behind series.