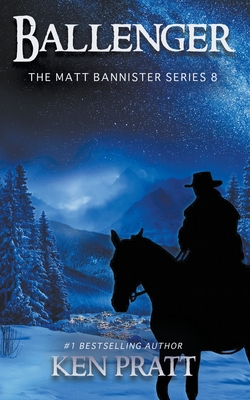 Welcome back to Branson, Oregon where murder, love and obsession lurk behind every corner.

U.S. Deputy Marshal Matt Bannister is troubled by the cruel and unnatural death of miner Leroy Haywood. There are no witnesses or clues of any kind, just a very slow and horrible murder...unlike any Matt had seen before. He suspects Wu-Pen - the President of the Chinese Benevolent Association and a powerful man in the Chinese community - but has no way of proving it. When Leroy's friend Roger is murdered, Matt again suspects Wu-Pen but, there is no evidence.

Martin Ballenger is a good-looking young man who moves to Branson with his mother and younger sister. When Martin sees dancer Edith Williams, he is infatuated by her beauty and her sad smile. His obsession turns violent when he discovers his soulmate is pregnant with another man's baby.

Matt is a fighter, a killer and a tough man who isn't afraid to stand his ground against anyone, but sometimes...prayer is our only weapon.

Disclaimer: While this series is classified as Christian fiction this title does include violence that may be upsetting to some.