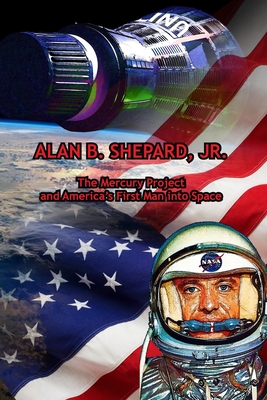 This is a children's book of the life and career of Alan B. Shepard, Jr., the first American to go to space under NASA's Mercury Project in his Freedom 7 capsule. He was also selected for NASA's Apollo 14 Mission as the oldest person to fly to and land on the moon which landed in the Fra Mauro highlands of the lunar surface. He had a remarkable career not only as an astronaut, but also in the military with the Navy in World War II and later as a test pilot. In 1971 he was promoted to Rear Admiral while still working with NASA.

Shepard and his wife, Louise, were married for over 53 years, and raised two children, Julie and Laura, as well as a niece, Alice, whom they adopted.

Alan B. Shepard, Jr. (1923-1998) was a hero who will be remembered always for his accomplishments. This book contains numerous photos of his life.