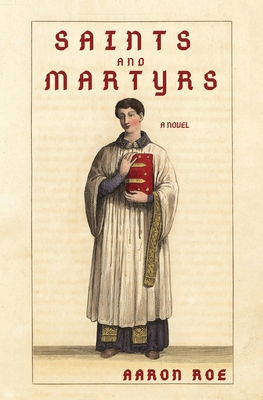 Damian Kurt has one goal: to write his father's story and prove that he was a saint and to become a saint himself to be reunited with his father in heaven.

But how does one achieve such a lofty goal?

First, he must confess for his own recent sins. Then he must get out from under his mother's constant nagging and pious Catholicism. But confession is not in the cards after he gets conked on the head with a barbell and is laid up in the hospital with a concussion. His mother's discovery of his latest transgressions-and the list is getting long-becomes the last straw and he leaves home, only to find himself resisting a secular lifestyle.

Eventually he realizes maybe his mother wasn't wrong and his best shot at sanctity is priestly ordination which he pursues at an eerie mountain-top seminary. Damian quickly finds this place he'd hoped would provide spiritual nourishment and support for his rigorous life of prayer and purity is not what it seems.

Saints and Martyrs is a young man's journey toward maturity-letting go, accepting Earthly life and finding the strength to begin a new life and love that brings healing and hope.