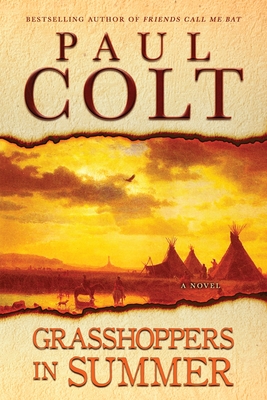 "They came from the land of the Great Father, as many as grasshoppers in summer..." -Autumn Snow, Tsitsistas (Cheyenne)

On December 21, 1866, Red Cloud and a band of Oglala Lakota and Cheyenne warriors defeated a U.S. Army force led by Captain William J. Fetterman. The Fetterman defeat ended Red Cloud's war for control of the Bozeman Trail with the signing of the Fort Laramie Treaty of 1868. President Ulysses S. Grant came to office the following year on a reform platform that included Indian peace policy.

Grasshoppers in Summer tells the epic story of making and breaking the Fort Laramie Treaty as seen through the eyes of opposing political, military, and tribal leaders. Relentless fraud, corruption, cultural and political pressures frustrated Grant's effort to reform Indian policy. A conspiracy of military, railroad, and mining interests destroyed the Fort Laramie Treaty, leading to the drumbeat of war. The plains tribes' last great victory at Greasy Grass would win the bitter spoils of total defeat.