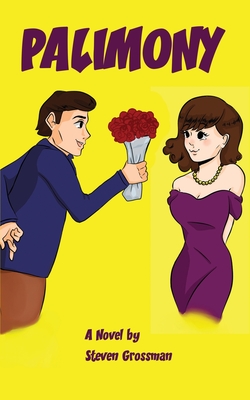 **High concept intelligent commercial fiction with a humorous take on a Hitchcock classic.**

Ross has lost his comfortable suburban lifestyle and self-respect, courtesy of a divorce gone nuclear. His middle age existence is as stale and unappealing as the week-old carton of Kung Pao in his fridge. He ponders his existence from his sparse transient apartment, surrounded by Millenials and corporate transfers awaiting completion of their McMansions.

Ross sees no way out of alimony hell. His only taste of luxury is courtesy of his expense account while traveling for business. On a cross-country trip to the west coast, he meets a stranger in similar straits.

A booze-filled flight is the catalyst for a plot to reclaim what was lost. -Coach one another to woo the other's ex with the goal of cohabitation, the legal standard for eliminating alimony. With a laundry list of inside information, shacking up seems entirely possible.

It's a perfect plan until Ross falls in love with his intended target. He fears she will discover his romantic intentions are part of an elaborate grifter scheme, adding heartache to his list of tribulations. Now he and his accomplice are drowning in a sea of unintended consequences.

Set in Charlotte, NC, the city's New South image comes into conflict with its Bible Belt past as the city inadvertently becomes Ground Zero in the Marriage Equality debate with rival attorneys vying for media attention. The setting then shifts to the picturesque resort town of Broome, Australia, for the story's zany conclusion.