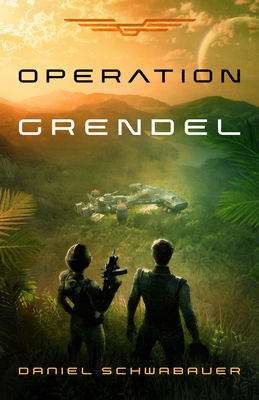 By Daniel Schwabauer
$24.99
In Our Warehouse - Expected arrival in 2-5 days

It's the war story he's dreamed of. But the battle may cost him his mind. Military journalist Raymin Dahl thinks he's finally getting the story of a lifetime. Secret peace talks on a remote tropical moon are about to surrender five colonized worlds--and six hundred million civilians--to a ruthless enemy. But when his commanding officer, Captain Ansell Sterling, is fatally wounded before the negotiations can begin, Dahl can no longer just report on the mission. He's ordered to complete it. With help from the AI embedded in Sterling's comms bracelet, Dahl must impersonate his commander--a Marine Corps hero and psychological operations expert. However, Sterling's AI may be luring him to surrender more than he realizes. And the mission Corporal Dahl thinks he's running isn't the only operation underway.

Daniel Schwabauer, M.A., is a lifelong reader of speculative fiction. He studied the genre under science fiction great James Gunn before graduating with honors from Kansas University's Masters program in Creative Writing in 1995. Winner of the Eric Hoffer and Ben Franklin awards for his middle grade fantasy series, The Legends of Tira-Nor, Daniel enjoys riding his motorcycle on country roads and pondering other worlds. He lives in Kansas City with his wife and dog.