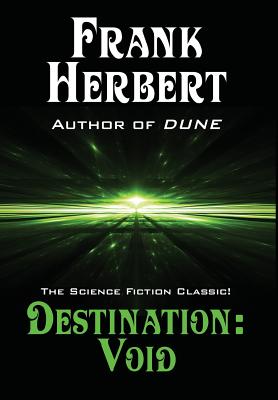 The starship Earthling, filled with thousands of hybernating colonists en route to a new world at Tau Ceti, is stranded beyond the solar system when the ship's three Organic Mental Cores--disembodied human brains that control the vessel's functions--go insane. An emergency skeleton crew sees only one chance for survival: to create an artificial consciousness in the Earthling's primary computer, which could guide them to their destination . . . or could destroy the human race.

This is Frank Herbert's classic novel that begins the epic Pandora Sequence, which also includes The Jesus Incident, The Lazarus Effect, and The Ascension Factor.