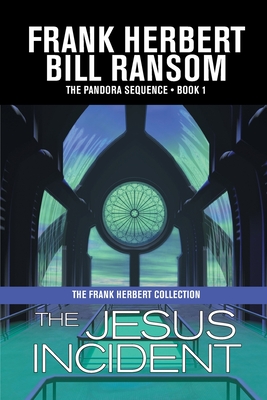 FRANK HERBERT (1920-1986) created the most beloved novel in the annals of science fiction, Dune. He was a man of many facets, of countless passageways that ran through an intricate mind. His magnum opus is a reflection of this, a classic work that stands as one of the most complex, multi-layered novels ever written in any genre. Today the novel is more popular than ever, with new readers continually discovering it and telling their friends to pick up a copy. It has been translated into dozens of languages and has sold almost 20 million copies. Herbert wrote more than twenty other novels, including Hellstrom's Hive, The White Plague, The Green Brain, and The Dosadi Experiment. During his life, he received great acclaim for his sweeping vision and the deep philosophical underpinnings in his writings. His life is detailed in the Hugo-nominated biography Dreamer of Dune, by Brian Herbert. BILL RANSOM has published six novels, six poetry collections, and numerous short stories and articles. Learning the Ropes (Utah State University Press), a collection of poetry, short fiction and essays, was billed as "a creative autobiography." His poetry received two fellowships from the National Endowment for the Arts, and his short fiction has appeared in Sunday editions of major newspapers across the country and was chosen three times for the PEN/NEA Syndicated Fiction Project, billed as "The Pulitzer Prize of the Short Story." Bill has been nominated for both the Pulitzer Prize and the National Book Award, and his most recent collection is The Woman and the War Baby, from Blue Begonia Press. He pioneered the Poetry-in-the-Schools program for the National Endowment for the Arts in the 1970s. He worked as a firefighter and advanced life-support emergency medical technician in Washington state, and in El Salvador, Guatemala and Nicaragua in their civil wars through the 1980s. These experiences informed much of his writing. He recently retired as Academic Dean of Curriculum at The Evergreen State College in Olympia, Washington and makes his home on the Washington coast.