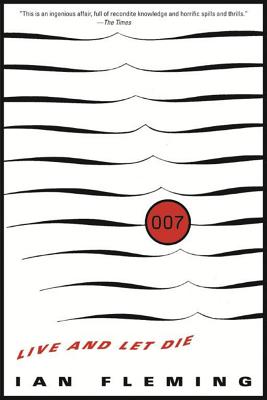 This is book number 2 in the James Bond series.

James Bond is not a superstitious man, but it's hard not to feel unnerved in the presence of Mr. Big. A ruthless Harlem gangster who uses voodoo to control his criminal empire, he's also one of SMERSH's top American operatives. Mr. Big has been smuggling British pirate treasure to New York from a remote Jamaican island--and funneling the proceeds to Moscow. With help from Solitaire, Mr. Big's beautiful and enigmatic Creole fortune-teller, and his old friend Felix Leiter, 007 must locate the crime lord's hideout, sabotage his operation, and reclaim the pirate hoard for England.

From the jazz joints of Harlem to the shark-infested waters of the Florida Everglades, Live and Let Die sends Bond headlong into the exotic.