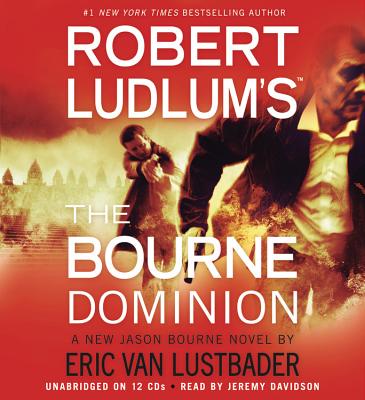 Jason Bourne is searching for an elusive cadre of terrorists planning to destroy America's most strategic natural resources. He needs the help of his long-time friend, General Boris Karpov, the newly appointed head of Russia's most feared spy agency, FSB-2. Karpov is one of the most determined, honorable, and justice-hungry men that Bourne knows. But Karpov has made a deal with the devil. In order to remain the head of FSB-2, he must hunt down and kill Bourne.

Jason Bourne is one of the most compelling and best loved characters created by internationally bestselling novelist Robert Ludlum. The hero of eight novels, including The Bourne Identity and The Bourne Supremacy, Bourne has also been featured in three blockbuster movies starring Matt Damon. Now, New York Times bestselling author Eric Van Lustbader presents a new story about the rogue secret agent who has lost his memory.

ROBERT LUDLUM was the author of twenty-seven novels, each one a New York Times bestseller. There are more than 225 million of his books in print, and they have been translated into thirty-two languages. He is the author of The Scarlatti Inheritance, The Chancellor Manuscript, and the Jason Bourne series--The Bourne Identity, The Bourne Supremacy, and The Bourne Ultimatum--among others. Mr. Ludlum passed away in March 2001. To learn more, visit www.Robert-Ludlum.com.

"Don't ever begin a Ludlum novel if you have to go to work the next day."
-CHICAGO SUN TIMES

"Lustbader is an excellent storyteller and is not afraid to keep the twists and turns coming in this sequel...This is an explosive addition to a series with an unrivaled heritage and storied pedigree."
-Bookreporter.com on THE BOURNE BETRAYAL

"As twisted, dark and exciting as the others."
-THE OKLAHOMAN on THE BOURNE SANCTION