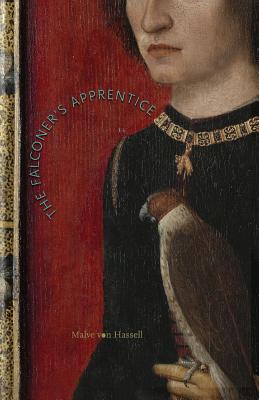 By Malve Von Hassell
Email or call for price.
In Our Warehouse - Expected arrival in 2-5 days

"That bird should be destroyed " Andreas stared at Ethelbert in shock. Blood from an angry-looking gash on the young lord's cheek dripped onto his embroidered tunic. Andreas clutched the handles of the basket containing the young peregrine. Perhaps this was a dream- Andreas, an apprentice falconer at Castle Kragenberg, cannot bear the thought of killing the young falcon and smuggles her out of the castle. Soon he realizes that his own time there has come to an end, and he stows away, with the bird, in the cart of an itinerant trader, Richard of Brugge. So begins a series of adventures that lead him from an obscure castle in northern Germany to the farthest reaches of Frederick von Hohenstaufen's Holy Roman Empire, following a path dictated by the wily trader's mysterious mission. Andreas' education as a falconer continues as they travel, but he also learns to pay attention to what is going on around him in a country fraught with political unrest. Eventually, Richard confides in Andreas, and they conspire to free Enzio, the eldest of the Emperor's illegitimate sons, from imprisonment in Bologna. The Falconer's Apprentice is a story of adventure and intrigue set in the intense social and political unrest of the Holy Roman Empire in the 13th century.