Is There Life in Outer Space? (Hardcover) 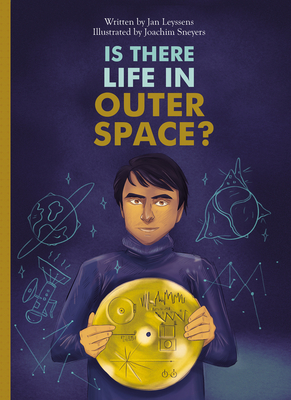 The third book in the non-fiction series Marvelous But True about scientific wonder, focussing on Astrobiologist Carl Sagan and his search for extraterrestrial life. Dreaming, daring, thinking, and doing. For researchers ages 6 years and up.

The Seventies. Astrobiologist Carl Sagan is looking for ways to get in contact with extraterrestrial life through Nasa's Voyager program. When NASA sends satellites to the back of the solar system -- and even further -- Carl takes his chance: he launches all kinds of sounds and images from planet Earth into space. He collected and sent 115 pictures and 55 sounds in the forms of greetings to see if there would be a response from extraterrestrial life. The satellites are still in space, collecting valuable data, and NASA predicts they can still make contact with them through the year 2025. How did he do that? And where are they going to end up? Is there life in outer space?