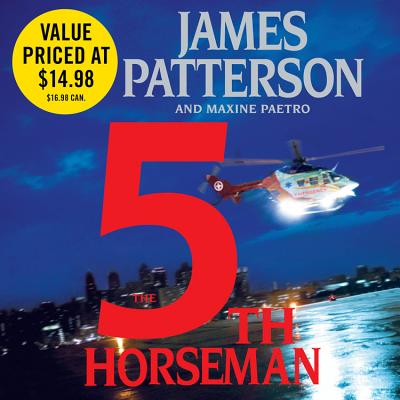 It is a wild race against time as Lieutenant Lindsay Boxer and the newest member of the Women's Murder Club, attorney Yuki Castellano, lead an investigation into a string of mysterious patient deaths--and reveal a hospital administration determined to shield its reputation at all costs. And while the hospital wages an explosive court battle that grips the entire nation, the Women's Murder Club hunts for a merciless killer among its esteemed medical staff. The newest addition to the topselling new mystery series takes the Women's Murder Club to the most terrifying heights of suspense they have yet to encounter. THE 5TH HORSEMAN proves once again that James Patterson is "the page-turningest author in the game right now " (San Francisco Chronicle).