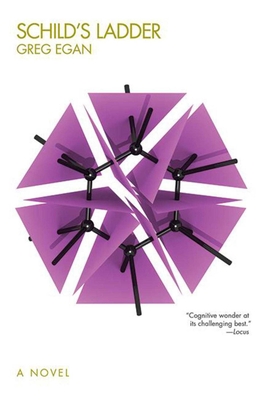 When the laws of physics are suddenly called into question, a whole new potential for life and death is brought to the entire universe.

For twenty thousand years, every phenomenon that has ever been observed in the universe has been explainable through the means of the Sarumpaet Rules. These rules are the essential laws of quantum graphs that explain the makeup of the geometric structure of space-time.

Cass, a humanoid physicist from Earth, discovers that the Sarumpaet Rules may not be the only applicable set of the laws of physics in the universe. Cass travels to a remote experimental facility in hopes to test her theory—that the “novo-vacuum” will begin to decay the moment it is created. Cass’s theory proves greater than she’d anticipated, and the “novo-vacuum” begins to expand out from the research facility at half the speed of light.

More than six hundred years pass, and at least two thousand inhabited systems have been consumed by the “novo-vacuum.” Those fascinated by the phenomenon choose to study it under two differing categories: Preservationists and Yielders. Preservationists are forever hypothesizing on how to destroy the vacuum; Yielders believe it holds a purpose in reinvigorating civilization.

Tchicaya is a Yielder and Mariama is a Preservationist. These childhood friends will put their beliefs and their history to the test when violence breaks out among the two groups. Tchicaya must form an alliance with Mariama so that she can help them both escape the violence and confront the fate of the universe before it is too late.

Greg Egan is a computer programmer, and the author of the acclaimed SF novels Permutation City, Diaspora, Teranesia, Quarantine, and the Orthogonal trilogy, all published by Night Shade Books. He has won the Hugo Award as well as the John W. Campbell Memorial Award. Egan’s short fiction has been published in a variety of places, including Interzone, Asimov’s, and Nature. He lives in Perth, Australia.