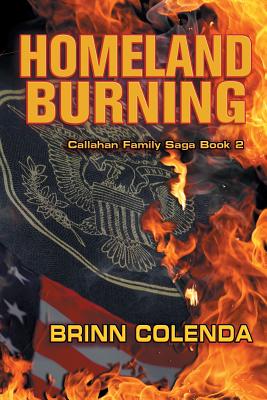 This is book number 2 in the Callahan Family Saga series.

Kurt Wallerein, the world's foremost terrorist-for-hire, feared, hated and hunted by every intelligence service in the West, unleashes a terrifying campaign of attacks on the American Homeland... and his greatest enemy, Air Force Colonel Tom Callahan.

Callahan must rally support to stop the attacks but his political enemies in Washington conspire to distract the President and ridicule evidence, forcing Callahan to go rogue. What will it take to stop Wallerein?

In Homeland Burning, Brinn Colenda delivers an epic story about the conflict between good and evil. You will love his characters and find yourself on a dizzying roller coaster ride of action and suspense. Be prepared to lose sleep over this one. Highly recommended.--Joseph Badal, Tony Hillerman Award Winner and Amazon #1 Best-Selling Author of Sins of the Fathers.