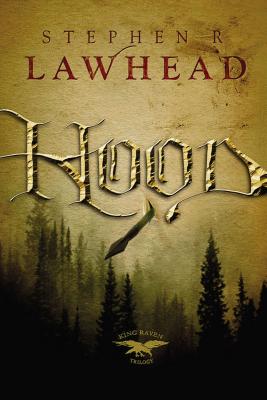 This is book number 1 in the King Raven Trilogy series.

Prepare yourself for an epic tale that dares to shatter everything you thought you knew about Robin Hood.

For centuries, the legend of Robin Hood and his band of thieves has captivated the imagination. Now the familiar tale takes on new life, fresh meaning, and an unexpected setting.

Hunted like an animal by Norman invaders, Bran ap Brychan, heir to the throne of Elfael, has abandoned his father's kingdom and fled to the greenwood. There, in a primeval forest of the Welsh borders, danger surrounds him--for this woodland is a living, breathing entity with mysterious powers and secrets, and Bran must find a way to make it his own if he is to survive.

Steeped in Celtic mythology and the political intrigue of medieval Britain, Stephen R. Lawhead conjures up an ancient past and holds a mirror to contemporary realities.