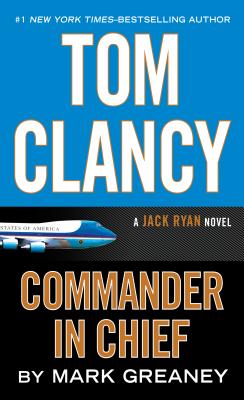 The newest electrifying thriller in the #1 "New York Times "bestselling series has President Jack Ryan and his allies facing a treacherous foe threatening to unleash chaos around the globe. . .
When the desperate Russian president launches an all-out covert violent offensive into order to push the world into chaos and regain the power his once-mighty country has lost, it's up to U.S. President Jack Ryan and all of his allies to stop the madman's grand plan of global conflict and conquest.

Thirty years ago Tom Clancy was a Maryland insurance broker with a passion for naval history. Years before, he had been an English major at Baltimore s Loyola College and had always dreamed of writing a novel. His first effort, "The Hunt for Red October," sold briskly as a result of rave reviews, then catapulted onto the "New York Times" bestseller list after President Reagan pronounced it the perfect yarn. From that day forward, Clancy established himself as an undisputed master at blending exceptional realism and authenticity, intricate plotting, and razor-sharp suspense. He passed away in October 2013.

Mark Greaney is the #1 "New York Times" bestselling author of "Dead Eye," "Ballistic," "On Target," "The Gray Man, Back Blast," "Tom Clancy: Full Force and Effect "and "Tom Clancy: Support and Defend." With Tom Clancy he is the coauthor of "Locked On," "Threat Vector," and "Command Authority.""