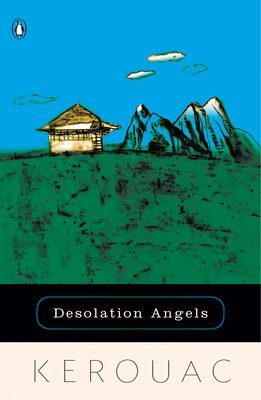 The classic autobiographical novel by Jack Kerouac featuring "one of the most true, comic, and grizzly journeys in American literature" (Time)—now in a new edition

Originally published in 1965, this autobiographical novel covers a key year in Jack Kerouac's life—the period that led up to the publication of On the Road in September of 1957. After spending two months in the summer of 1956 as a fire lookout on Desolation Peak in the North Cascade Mountains of Washington, Kerouac's fictional self Jack Duluoz comes down from the isolated mountains to the wild excitement of the bars, jazz clubs, and parties of San Francisco, before traveling on to Mexico City, New York, Tangiers, Paris, and London. Duluoz attempts to extricate himself from the world but fails, for one must "live, travel, adventure, bless, and don't be sorry." Desolation Angels is quintessential Kerouac.

Jack Kerouac (1922-1969), the central figure of the Beat Generation, was born in Lowell, Massachusetts, in 1922 and died in St. Petersburg, Florida, in 1969. Among his many novels are On the Road, The Dharma Bums, Big Sur, and Visions of Cody.

"If the Pulitzer Prize were given for the book that is most representative of American life, I would nominate Desolation Angels."
—Dan Wakefield, The Atlantic

"One of the most true, comic, and grizzly journeys in American literature."
—Time

"Kerouac was a breath of fresh air when he came on the literary scene. He was also a force, a tragedy, a triumph, and an ongoing influence, and that influence is still with us."
—Norman Mailer

"Kerouac ... defines the sensibilites of members of his own subgeneration: we knew them as wearing such guises as the Beat Generation, the Subterraneans, the Dharma Bums; now we see them as Desolation Angels, sadly pursuing their empty futilities..."
—Nelson Algren