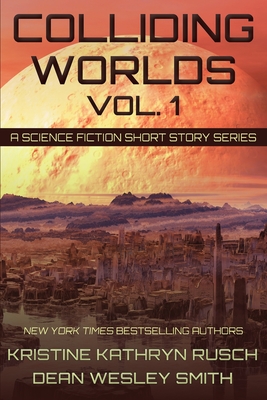 This is book number 1 in the Colliding Worlds series.

The First Volume in the Acclaimed Series

Now, for the first time, they collect together 120 of their science fiction short stories into a six-volume set called Colliding Worlds. Sixty stories total from each author, with ten stories from Rusch and ten from Smith in every volume.

Volume 1 kicks off the series with the theme "Cities." Beginning with Rusch's "The City's Edge" about a man coming to terms with the truth of his wife's nightmarish death, and ending with Smith's "Shadow in the City" based on the song lyrics of "Here in the City" by Janis Ian, this volume grips and entertains from page one.