I Refuse: A Novel (Hardcover) 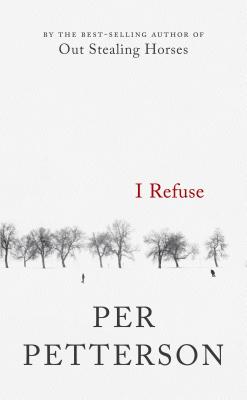 By Per Petterson, Don Bartlett (Translated by)
$25.00
Email or call for price.

Don Bartlett has translated dozens of books of various genres, including several novels and short story collections by Jo Nesbø and It's Fine by Me by Per Petterson. He lives in Norfolk, England.

“Reading a Petterson novel is like falling into a northern landscape painting--all shafts of light and clear palpable chill.” —Time on Per Petterson

“Subtly incisive . . . Clean sentence after clean sentence, Petterson conveys both the melancholy and the demi-pleasurable sensation of being fundamentally untethered.” —Stacey D'Erasmo, The New York Times Book Review on Per Petterson

“Readers will find that they're in the hands of a master whose quiet, unforgettable voice leaves you yearning to hear more.” —The Boston Globe on Per Petterson

“Per Petterson stands unsurpassed among contemporary writers for existential truth-telling.” —Financial Times on Per Petterson