Out Stealing Horses: A Novel (Hardcover) 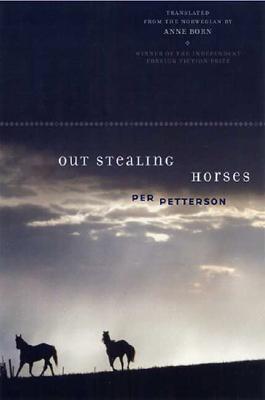 By Per Petterson, Anne Born (Translated by)
$22.00
Email or call for price.

“Sixty-seven-year-old Trond Sander wants to live in peace and quiet but finds himself confronted with a turbulent period of his youth. This award-winning and provocatively written novel loses nothing in translation from Norwegian, and, after reading Petterson's novel, the conversation in our book group was lively and inspired.”
— Cynthia Claridge, Paulina Springs Books, Sisters, OR

We were going out stealing horses. That was what he said, standing at the door to the cabin where I was spending the summer with my father. I was fifteen. It was 1948 and oneof the first days of July.

Trond's friend Jon often appeared at his doorstep with an adventure in mind for the two of them. But this morning was different. What began as a joy ride on "borrowed" horses ends with Jon falling into a strange trance of grief. Trond soon learns what befell Jon earlier that day—an incident that marks the beginning of a series of vital losses for both boys.

Set in the easternmost region of Norway, Out Stealing Horses by Per Petterson begins with an ending. Sixty-seven-year-old Trond has settled into a rustic cabin in an isolated area to live the rest of his life with a quiet deliberation. A meeting with his only neighbor, however, forces him to reflect on that fateful summer.

“A gripping account of such originality as to expand the reader's own experience of life.” —The New York Times Book Review

“Out Stealing Horses looks like a charming but modest chamber-piece. In retrospect--and this is a novel that strikes deep and lingers long--it feels more like some shattering literary symphony.” —The Independent