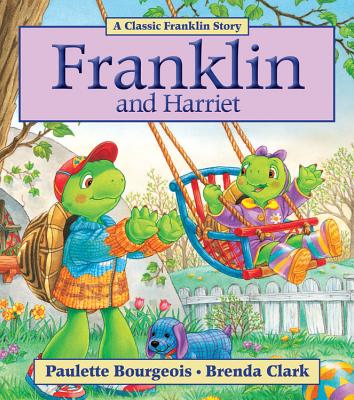 By Paulette Bourgeois, Brenda Clark (Illustrator)
Email or call for price.
Not Available at This Time

In this Franklin Classic Storybook, Franklin likes being a big brother ... most of the time. But when his little sister, Harriet, wants to play with his favorite stuffed animal, Franklin doesn't want to share. As they tug at the toy, something terrible happens. It rips! Franklin's mother fixes it, but he remains angry and hides the toy in his closet. Then Franklin discovers it's not the toy that makes Harriet happy --- it's her big brother who brings a smile to her face. Franklin decides that maybe sharing isn't so bad after all.

Paulette Bourgeois is the author of more than 40 books for children, including the In My Neighborhood series and Oma's Quilt. She lives in Toronto, Ontario.

Brenda Clark is best known as the illustrator of the original Franklin the Turtle series written by Paulette Bourgeois. Other popular titles she has illustrated include Sadie and the Snowman, Big Sarah's Little Boots, and the award winning, Little Fingerling. Brenda lives in Port Hope, Ontario.