The Third Thursday of November, 1931: A Thanksgiving Memoir (Paperback) 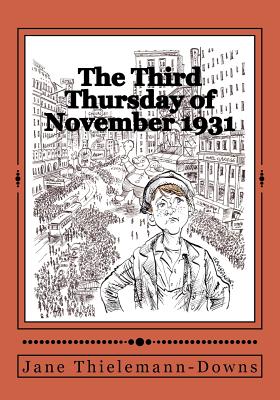 Based on a true event in New York City's history, this Thanksgiving memoir tells the story of an impoverished Irish immigrant boy during America's Great Depression. Life presses hard on the Apple family living in a poor tenement house in the Lower East Side. Quick-fisted and hot-tempered, twelve-year-old Jack Apple struggles for money to help feed his family. While selling newspapers, Jack reads about the upcoming Macy's Day Parade. On Thanksgiving day the giant parade balloons will be released and a $25 reward will be given for each balloon returned to Macy's. Determined to get the reward money, Jack launches a well-calculated plan. However, finding a balloon when everyone in all of New York City is out looking for one proves a challenge. Jack has to fight bullies, avoid being arrested, learn to sail a boat in the East River, and help care for his mentally challenged friend. During his adventures Jack discovers what growing up really means - being loyal to a friend and appreciating the love of family.