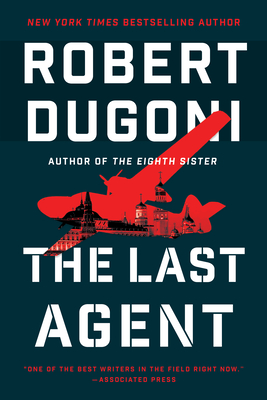 An American operative in Russia is on the run for his life in a thriller of heart-stopping betrayal and international intrigue by the New York Times bestselling author of The Eighth Sister.

Betrayed by his own country and tried for treason, former spy Charles Jenkins survived an undercover Russian operation gone wrong. Exonerated, bitter, and safe, the retired family man is through with duplicitous spy games. Then he learns of a woman isolated in Moscow's notorious Lefortovo Prison.

If it's Paulina Ponomayova, the agent who sacrificed her life to save his, Jenkins can't leave her behind. But there's no guarantee it's her. Or proof Paulina is still alive. To find out, Jenkins must return to Russia. Next move: blackmail Viktor Federov, a former Russian officer with his own ax to grind, into helping him infiltrate Lefortovo. The enemy who once pursued Jenkins across three continents is now the only man Jenkins can trust.

Every step of the way--from Moscow to Scandinavia to the open ocean--they're hunted by a brutal Russian agent on a killer quest of his own. Out of loyalty to Paulina--dead or alive--Jenkins is putting everyone's life on the line for a new mission that could be his last.