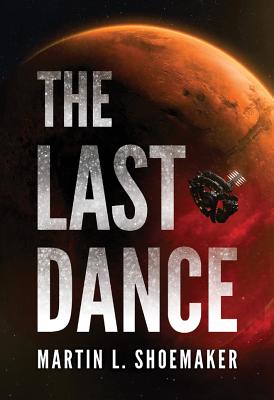 At the heart of a mystery unfolding in space, the opposing forces make a treacherous journey between Earth and Mars.

In space, mutiny means death--that's why Inspector General Park Yerim is taking her investigation so seriously. The alleged mutineer is Captain Nicolau Aames, whose command of the massive Earth-Mars vessel Aldrin has come under fire. The vast System Initiative says he disobeyed orders, but his crew swears he's in the right.

En route to Mars, Park gathers testimony from the Aldrin's diverse crew, painting a complex picture of Aames's character: his heroism, his failures, even his personal passions. As the investigation unfolds, Park finds herself in the thrall of powerful interests, each pushing and pulling her in a fiery cosmic dance.

Corruption, conflicting loyalties, and clashing accounts make it nearly impossible to see the truth in fifty million miles of darkness, and Park faces danger from every direction. All eyes are on her: one way or another, her findings will have astronomical implications for the Aldrin and the future of space travel.