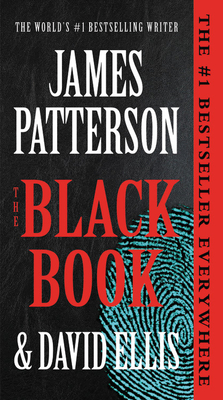 This is book number 1 in the A Billy Harney Thriller series.

James Patterson holds the Guinness World Record for the most # 1 New York Times bestsellers. His books have sold more than 350 million copies worldwide. He has donated more than one million books to students and soldiers and has over four hundred Teacher Education Scholarships at twenty-four colleges and universities. He has also donated millions to independent bookstores and school libraries.

"It's no mystery why James Patterson is the world's most popular thriller writer: his uncanny skill in creating living, breathing characters we truly feel for and seamless, lightning-fast plots. I do this for a living, and he still manages to keep me guessing from the first to last page. Simply put: Nobody does it better."—-Jeffrey Deaver, New York Times bestselling author of The Bone Collector

"The plot twists will give you whiplash."
—Washington Post

"Brilliantly twisty...many readers will agree with Patterson that this is the 'best book [he's] written in 25 years.'"
—Publishers Weekly (starred review)