The End: The Book: Part Six: The Third Woe (Paperback) 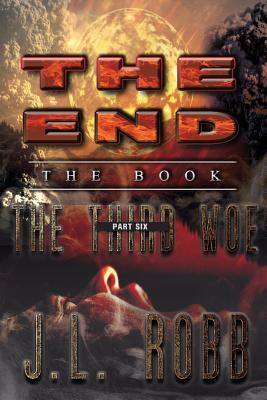 THE END: THE BOOK Series is a fictional account of the predicted apocalypse as outlined in the prophetic books of the Bible. Several readers have asked me, "Is this book true?"
It is true that the Biblical end will happen, but I have written this series as a counter-weight to the apocalyptic fiction coming out of Hollywood, like Armageddon and 2012, that fail to include God and His role in this approaching war of good vs. evil that was predicted 2,700 years ago.
Any similarities between things that are occurring now and things written in this series are purely coincidental. It would be impossible to write a true account of the Biblically described End Times.
The Third Woe is the sixth book of the seven-book series and presents four of the final culminations of God's wrath on a decadent mankind. The Third Woe begins with a blast of a trumpet and ushers in the final devastation of God's Great Wrath when the world population rebels against the belief in God and pursues its own idols and pleasures, a world of few rules.
"Why do the nations conspire and the peoples plot in vain? The kings of the earth rise up and the rulers band together against the Lord and against his anointed..."
Psalms 2:1-2

According to scripture, mankind has rebelled against God since
the Garden of Eden and will continue to do so until the final chapter
closes after the completion of the Third Woe and the world war at
Armageddon.
At the sounding of the seventh trumpet of Revelation, when seven
angels are each given a bowl of judgment, all the world will hear the
blast and look skyward in wonder and great fear. Each bowl, when
emptied on Earth, is the cause of great destruction and calamity. The
horror brings many to God and the forgiveness of Christ, as trauma
and tragedy often do; but for most, the rebellion continues.
For those living through these times, it will not be pretty.
What would you do if you woke up one morning, turned on the
news and found out the often-predicted End really was near? This
time the story was true, and there was no escape. What would you do?
Where would you hide? Could you somehow survive; and if so, what
then? Would you fall in love? Take the kids to ballet lessons?
I hope you enjoy reading The Third Woe as much as I enjoyed
writing it for you and for the glory of God and his only Son, Jesus the
Christ. Through Jesus, you can escape this tragedy and live again. At
one time, I was not a believer. Then I bought a Bible and read it.
J.L. Robb is an author and writer with a Bachelor of Science in
Zoology, North Carolina State University. A U.S. Navy Veteran, Robb
lives in the Bible Belt with his Great Dane and a kitty named Glock.
Robb is a member of Civitan International, Friends of Gideons and
The American Legion.
We support our Veterans