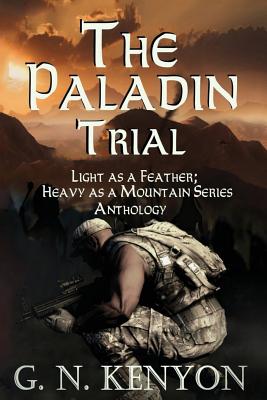 Fion ir Iktomi Doyle is the son of an Irish American Marine and the Grand-Daughter of a Lakota Sioux Medicine man. After the death of his father in the Beirut Bombing, Fion ir and his mother moved back the Cheyenne River Indian Reservation to live with his Great Grandfather. Upon discovering that Fion ir has a very strong link with the spirit world, His Great Grandfather began training Fion ir in the old ways of the Lakota warrior and the spirit world.

Wanting to follow in his father's footsteps and be a soldier, serving his country with honor and bravery; Fion ir becomes a US Navy SEAL. After Commissioning and training, Fion ir and his team are sent to Afghanistan. After six months of hard fighting, he flies to Italy on leave to meet his wife and new born son. Upon arrival he finds that they had been violently murdered during a recent terrorist attack. That day everything changed and he soon finds himself caught up in the world on International Terrorism on his quest to settle this blood debt.