The Search for Shoeless Joe (Paperback) 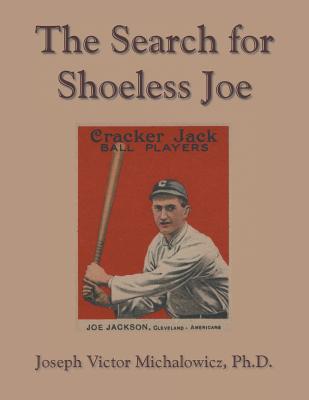 Bobby Rogers has always had a driving ambition to be the best. As a teen, he excelled in baseball and dreamed of being recruited into the major leagues. But because Bobby also had a burning desire to make money, he decided to take another route that included Harvard Business School. Now it is 2010 and he is a hard-driving New York financial guru with a wife, a young son, and a desire to invest in something personally fulfilling.

After he learns that investing in sports memorabilia might be lucrative, Bobby becomes hooked on collecting baseball cards. When a startling revelation leads him to focus on collecting cards of the legendary slugger Shoeless Joe Jackson, Bobby embarks on a quest that leads him from the Hamptons to Maryland's Eastern Shore and finally to Cuba to find a unique card. But after he lands a visit with former Senators pitcher Chico Marrero and has a frightening encounter with Fidel Castro, Bobby soon discovers that he is not just on a journey to locate baseball cards, but instead to gain deep insight into himself and what he really wants from life.

In this exciting tale, an investor turned dedicated collector sets out on a pursuit of an elusive Joe Jackson baseball card that leads him to places he never imagined.