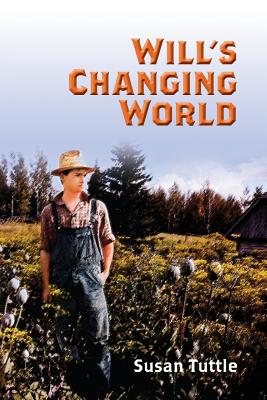 Will McShane is an eleven-year-old boy living on a cotton farm with his father near Charleston, South Carolina, just before the election of 1860.

Eager to learn, Will attends school where he discovers lots of new information and begins to question some attitudes and events occurring in Charleston.

When Will and his father visit his younger sister in the city, Will learns even more, particularly about what is happening in nearby Fort Sumter.

As tensions rise across the country after Abraham Lincoln is elected, the South secedes, and Charleston becomes a very different place. The garrison from Fort Moultrie seeks refuge at Fort Sumter, and the city prepares for conflict. With the nation in turmoil, Will is torn about the ideas of secession, war, slavery, and prejudice against blacks.

Will's interest grows even amidst changes in his own household. But the political situation is getting worse, and more trouble is brewing around the fort. Will his beloved Charleston ever be the same again?

Inspired by Johnny Tremain by Esther Hoskins Forbes, Will's Changing World is based on actual events and incorporates real-life historical figures into a compelling fictional drama surrounding one of the most tumultuous periods in American history.

Susan Tuttle taught middle school for over twenty years, primarily on the subject of American history. Inspired by her lifelong interest in the Civil War, she created Will's Changing World to help readers better understand the incident that began the conflict, the bombardment of Fort Sumter in 1861. After retiring from the education field, she and her husband volunteered at several national parks where she was able to gather more in-depth details about the time period. With extensive time spent as a volunteer at the Fort Sumter National Historic site, she has been able to share her knowledge on the subject while continuing to learn from the other staff. She currently lives in Charleston, South Carolina, with her husband, Dale. She spends a great deal of her time at the historic site helping visitors understand the complexities of the Civil War.