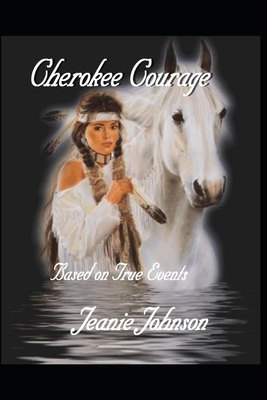 The true story of Reginald Lacy, written in novel form, tells of Reginald's rebellion against his father, Colonel John Lacy, who came to America shortly before the Revolutionary war. Though John wants Reginald to follow in his footsteps, and become a squire of their plantation in Kentucky, Reginald wishes to be a woodsman. In pursuing his own ambitions, Reginald becomes close friends to the Cherokee and learns their language, and how to fight like an Indian. However, when he saves a Cherokee Princess, Winona from a bear, he is confronted by the man she is betrothed to, Tartongawaka, a powerful medicine-man, who vows to take Reginald's life to keep him from the woman that Reginald is now hopelessly in love with. In a turn of fate, Reginald has a chance to win Winona's love, but to do so, he must first challenge Tartongawaka, and defy his father at the same time.

Jeanie has been writing novels and poems all her life. Raising six children, in a small cabin in the woods, and training and raising horses, since she was fifteen, has added to her sense of adventure. For years, she would tell her stories to her children, and later put them down in written form. Now her children are grown, and one is an author herself. With more time on her hands, she has decided to launch her many novels, she has written over the years.