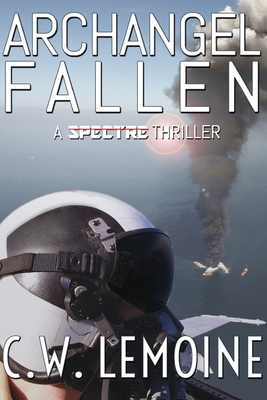 This is book number 3 in the Spectre series.

In the third full-length military espionage thriller from C.W. Lemoine, Spectre is being hunted by the FBI. The agency believes he's at the heart of an unthinkable act of terrorism. But as Spectre's about to find out, the true culprit has set in motion a far more powerful conspiracy.After escaping a ruthless assassin, Cal "Spectre" Martin is on the run.Labeled as a fugitive and being used as a scapegoat, Spectre must remain in the shadows, even as he draws together the strings of what he fears is a far-reaching conspiracy. With the covert help of his friends as well as a fierce desire to exact vigilante justice to avenge the death of his friend, he begins the tricky process of gathering evidence to clear his name, all while avoiding capture by an FBI Agent determined to bring him to justice.But Spectre's problems are just beginning. As he peels back the layers of political back-office deals and international espionage, he unearths a treachery so deep it threatens U.S. security and, more importantly, the lives of the few people closest to him.A treachery that reaches all the way to the nation's capital.

C.W. Lemoine is the author of SPECTRE RISING, AVOID. NEGOTIATE. KILL., ARCHANGEL FALLEN, EXECUTIVE REACTION, and BRICK BY BRICK. He graduated from the A.B. Freeman School of Business at Tulane University in 2005 and Air Force Officer Training School in 2006. He is a military pilot that has flown the F-16 and F/A-18. He is also a certified Survival Krav Maga Instructor and sheriff's deputy. Visit his website at www.cwlemoine.com