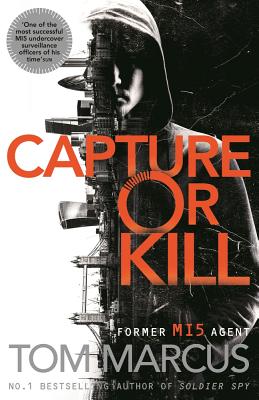 By Tom Marcus
Email or call for price.
Not Available at This Time

From the bestselling author of Soldier Spy, former MI5 officer Tom Marcus, comes the first in a thrilling new fiction series.Matt Logan is an MI5 agent for the British government. Working on the frontline of counter-terrorism in the UK he’s trained to protect its citizens against all threats.When two brothers known operationally as ‘Iron Sword’ and ‘Stone Fist’ are suspected of plotting a major terrorist event, Logan and his team work undercover to track them down. If they fail, an attack will be unleashed that will rock the country to its very core.Frustrated by always needing to obey the rules, Logan yearns for a way to break through the red tape that hinders their progress. His wishes seem to come true when he is offered the chance to join a new, deniable outfit known as ‘Blindeye’.Then devastating news reaches Logan, throwing his world into turmoil. But one thing remains certain, he will join the team and become their fiercest, most ruthless operative . . . Capture or Kill is the first in Tom Marcus's breathtaking series featuring tortured MI5 operative Matt Logan.

Tom Marcus, former MI5, joined the Army at 16 and went on to become the youngest member of the Armed Forces to pass the 6-month selection process for Special Operations in Northern Ireland. He was hand-picked from the Army into MI5 as a Surveillance Officer. He left the Security Service recently after a decade on the front line protecting his country due to being diagnosed with PTSD. An extraordinary battle and recovery took place which led Tom to write his first book, Soldier Spy, which has been vetted and cleared for publication by MI5. Tom, now consults on projects within TV and film including the TV dramatization of his book Soldier Spy.