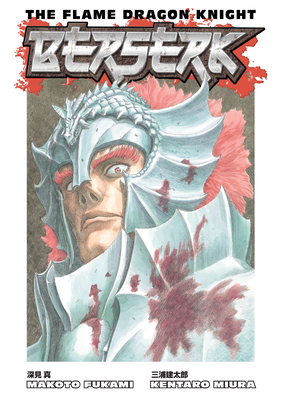 By Kentaro Miura, Makoto Fukami
$14.99
Email or call for price.

The Flame Dragon Knight traces the rise of the warhammer-wielding warrior Grunbeld from humble beginnings to become the all-powerful Apostle who will one day face Guts in mortal combat! Featuring all the grisly supernatural action and sinister courtly intrigue Berserk readers have come to expect.