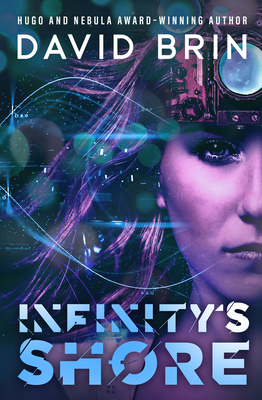 A once peaceful planet of refugees faces complete annihilation in this hard science fiction sequel to Brightness Reef.

It's illegal to occupy the planet Jijo, but six castaway races have managed to coexist there for some time. They've successfully hidden from watchful law enforcers of the Five Galaxies--until now . . .

After making an amazing discovery far away--a derelict armada whose mere existence triggered interstellar war--the Terran exploration vessel Streaker and its crew of humans and dolphins arrive at Jijo in search of sanctuary from the Galactic forces out to destroy them.

But they were followed. As behemoth Galactic starships descend upon Jijo, heroic--and terrifying--choices must be made. Together, human and alien settlers must choose whether to fight the invaders or join them. The crew of the Streaker, meanwhile, discovers something that just might save Jijo and its inhabitants . . . or destroy every last one of them.

"An imaginative drama of excitement and wonder . . . The sheer virtuosity of the prose alone makes this book worth reading." --SF Site

David Brin is an astrophysicist whose international-bestselling novels include Earth, Existence, Startide Rising, and The Postman, which was adapted into a film in 1998. Brin serves on several advisory boards, including NASA's Innovative Advanced Concepts program, or NIAC, and speaks or consults on topics ranging from AI, SETI, privacy, and invention to national security. His nonfiction book about the information age, The Transparent Society, won the Freedom of Speech Award of the American Library Association. Brin's latest nonfiction works are Polemical Judo and Vivid Tomorrows: Science Fiction and Hollywood. Visit him at www.davidbrin.com.