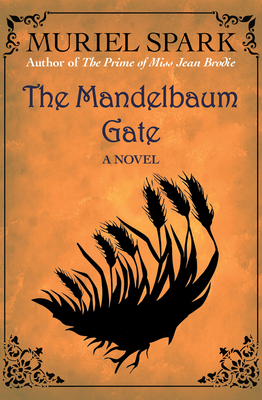 For Barbara Vaughn, a checkpoint between Jordan and the newly formed Israel is the threshold to painful self-discovery Barbara Vaughn is a scholarly woman whose fascination with religion stems partly from a conversion to Catholicism, and partly from her own half-Jewish background. When her boyfriend joins an archaeological excursion to search for additional Dead Sea Scrolls, Vaughn takes the opportunity to explore the Holy Land. But this is 1960, and with the nation of Israel still in its infancy, the British Empire in retreat from the region, and the Eichmann trials in full swing, Vaughn uncovers much deeper mysteries than those found at tourist sites. Both an espionage thriller and a journey of faith, TheMandelbaum Gate won the James Tait Black Memorial Prize upon its publication, and is one of Spark's most compelling novels.

Muriel Spark (1918-2006) was a prolific Scottish novelist, short story writer, and poet whose darkly comedic voice made her one of the most distinctive writers of the twentieth century. Spark grew up in Edinburgh and worked as a department store secretary, writer for trade magazines, and literary editor before publishing her first novel in 1957. The Prime of Miss Jean Brodie (1961), considered her masterpiece, was made into a stage play, a TV series, and a film. Spark became a Dame of the British Empire in 1993.