Tier One (Tier One Thrillers #1) (Paperback) 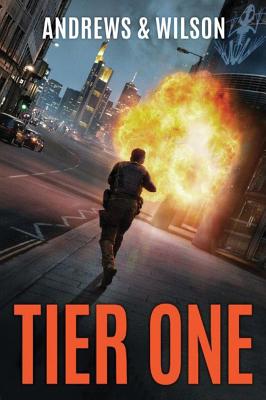 By Brian Andrews, Jeffrey Wilson
$15.95
In Our Warehouse - Expected arrival in 2-5 days

This is book number 1 in the Tier One Thrillers series.

In a world violated by terror, the old lines have blurred. Meet the next generation of covert ops.

John Dempsey's life as an elite Tier One Navy SEAL named Jack Kemper is over. A devastating terrorist action catapults him from a world of moral certainty and decisive orders into the shadowy realm of espionage, where ambiguity is the only rule. His new mission: hunt down those responsible for the greatest tragedy in the history of the US Special Ops and bring them to justice.

But how does a man torn between duty and revenge walk the line and preserve his soul?

As Dempsey struggles with the games of spies, the case propels him across the globe in a desperate effort to prevent a new, horrifying attack on American soil.

Once, John Dempsey followed orders blindly. Now he sees behind the curtain, and the security of the civilized world rests on one question: Can a Tier One Navy SEAL adapt and become the world's most lethal spy?