American Operator: A Tier One Story (Tier One Thrillers #4) (Paperback) 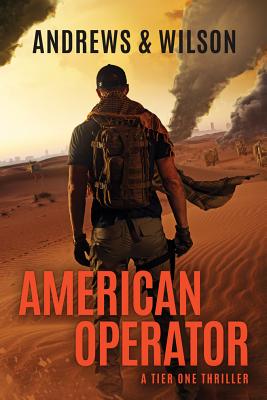 By Jeffrey Wilson, Brian Andrews
$15.95
In Our Warehouse - Expected arrival in 2-5 days

An explosive, high-stakes thriller of espionage and counterterrorism by the Wall Street Journal bestselling authors of Tier One.

A shocking attack in Ankara leaves the US Ambassador to Turkey dead and his chief of staff, Amanda Allen, in the hands of brutal terrorists. But Allen is no ordinary diplomat. She's undercover CIA. The DNI and the President turn to Ember, America's premier black-ops task force, and its deadliest weapon, former Tier One Navy SEAL John Dempsey, for help. To find Allen, Ember gets embedded in the most dangerous battlefield on Earth: Syria. But when all communications are disabled by an attack in Turkey, Dempsey finds himself with no backup--a lone shadow warrior racing against time to rescue Allen from her captors before she reaches her breaking point.

What Dempsey doesn't realize is that Allen is just a pawn in a much larger game. A new player has already been unleashed: a legendary mercenary who matches the American Operator in skill, tactical prowess, and a killer instinct for survival. Now there is far more at stake than a kidnapped CIA agent. Dempsey and his team better get this one right, because the balance of power for the entire Middle East rests on their shoulders. And the new threat is far more dangerous than any Dempsey has encountered in his decades waging war against terrorism. Game on.