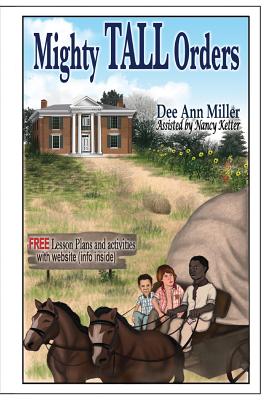 SUMMARY: Joshua Carter knows how to survive in a war zone. That's what he's been doing most of his life. Yet nothing's come close to the terror of 1863. Even if he lives to see his fourteenth birthday, just two weeks away, there won't be much to celebrate. In less than twenty-four hours, the Carters will be homeless. They'll be out on hot, dangerous, dusty roads with 20,000 other Americans, most of them children, with the approval of the President of the United States. Guess somebody had to do something after William Quantrill tore through Lawrence, Kansas, two weeks ago, on the morning of August 21, leaving 250 children fatherless

The Union calls it "Order No. 11." Grandpa Carter says it reminds him of a teacher giving detention to every kid in the classroom because a few scoundrels are messing up. To make matters worse, the family's not seen Cyrus Carter since he dashed over to Lawrence to check on his sister right after the massacre.

Since Pa's not likely to be located by tomorrow morning when the family strikes out in search of a new home, Joshua's got some big assignments. As the oldest of five children, he'll need all the courage he can muster. Even before they're ready to go, their route gets changed due to devastating news. Yet hours later, despite his overwhelming grief, the boy manages to find hope, like buried treasure, in the ground beneath his feet.

On the second day out, after several hair-raising incidents, the family's misfortunes are eased when an old friend of Joshua's steps in to help the weary travelers get to eastern Iowa the fastest way possible. Despite the luxuries they enjoy on their journey, danger and adventures flow as swiftly as the rivers that separate them from their destination. Along the way, the entire family has an opportunity to learn much from the people they encounter, all who seem to have information and opinions about the current controversies dividing the nation.

Finally, they settle down in a much safer place, living for peace in an Iowa town filled with abolitionists, even as the unpredictable war rages on. Bolstered by new-found friends, Joshua discovers within himself endless possibilities. As the war draws to a close, the mystery of Pa's disappearance is solved. Now, the young man's got a new challenge that he can't wait to take on.

PLEASE NOTE: When you purchase this book, you get much more than the story An educational, activity-filled website also awaits students and teachers alike. Extensive, FREE, chapter-by-chapter Power Point lesson plans and study guides are available upon request. Instructions for obtaining these are on the back page of the book, as well as on the website: http: //justfollowingorders.takecourage.org

A companion book-same story, same cover, is available in a more advanced version, for 7th and 8th-graders, under the title "Just Following Orders: Escape from Guerrilla Warfare in 1863," allowing students on two different reading levels, to study the same story in the same classroom, which was a dream of co-author and highly-experienced teacher, Nancy Ketter.

Dee Ann Miller has invested more than two decades in cross-cultural nursing, much of it working with troubled children and teens recovering from trauma. She's also taught hundreds of all ages to play the piano since 1995. Seriously writing since age 12, Miller was first published in 1970. As a registered nurse holding a degree in behavioral science with community mental health emphasis, she's written on a variety of mental health and social issues, both non-fiction and fiction, mostly on adult themes. However, this is her first work of historical fiction. In 2013, not long after the Millers went to live in Lawrence, Kansas, Dee stumbled onto this piece of little-known local history, called "Order No. 11." Instantly, she saw the suffering children in the story and quickly developed a passion to bring the tragedy to the attention of the public, near and far, because of the lessons it holds for people of all ages today. She and her husband Ron have two children, three grandsons, and two granddaughters. Nancy Ketter spent thirty-three years in fifth and sixth-grade classrooms. She holds a Kansas Certificate for Highly Qualified K-9 teachers, has a master's degree in language arts, and a very big heart for reluctant readers. She and her husband Phil have two sons and became grandparents for the first time as Nancy worked on the lesson plans and assisted Dee in writing this book.